who always comes to his games,
even though he can't see him play.
One day, the dad gets sick and dies
before the night of his son's big game.
The team is expecting him to slack off,
mourning the death of his father.
But he played the best game he EVER had,
making the winning touchdown
&+ many amazing plays.
The couch is amazed, so he asked,
"How did you play so well even after your father has passed?
The boy stares right at him, and says
"This is the first time he has ever seen me play."

im sure that couch was just blown away

idk tears started welling in my eyes as I read the last line.. I guess other then being ridiculously beautiful, it was also very unexpected
reply 0

The couch is amazed...very amazed
reply 0

I love this quote all the time
reply 0

*Yours Truly* 8 years ago

thats sick. why would u comment that. what if people cant send it or something and to say that someones going to die is the worst feeling and theyll be scared to death. u cant just say if u dont send it youl die. its awful. sorry my opinion x
reply 0

Hi, I am Teddy. Once you read this you cannot get out. Finish reading this until it is done! As I said, I am Teddy. I am 7 years old. I have no eyes and blood all over my face. I am dead. If you don't send this to at least 12 people I will come to your house at midnight and I'll hide under your bed. When you're asleep, I'll kill you. Don't believe me? Case 1: Patty Buckles Got this e-mail. She doesn't believe in chain letters. Well, Foolish Patty. She was sleeping when her TV started flickering on and off. Now she's not with us anymore. Ha ha patty, Ha ha! You don't want to be like Patty, do you? Case 2: George M. Simon Hates chain mail, but he didn't want to die that night. He sent it to 4 people. Not good enough George. Now, George is in a coma, we don't know if he'll ever wake up. Ha ha George, Ha ha! Now, do you want to be like George? Case 3: Valarie Tyler She got this letter. Another chain letter she thought. Only had 7 people to send to. Well, That night when she was having a shower she saw bloody Mary in the mirror. It was the BIGGEST fright of her life. Valarie is scarred for life. Case 4: Derek Minse This isthefinal case I'll tell you about. Well, Derek was a smart person. He sent it to 12 people. Later that day, he found a $100.00 bill on the ground. He was premoted to head officer at his job and his girlfriend said yes to his purposal. Now, Katie and him are living happily ever after.The have 2 beautiful children. Send this to at least 12 people or you'll face the consequences. 0 people- You will die tonight 1-6 people- you will be injured 7-11 people- you will get the biggest fright of your life 12 and over- you are safe and will have good fortune! Do What Teddy Says!!!! Hurry, you must send to 12 people before midnight no send backs!

Don't mean to scare anyone

I saw something on sportscenter or espn about this.
reply 0

That is so inspirational. i cannot get that out of my head
reply 0 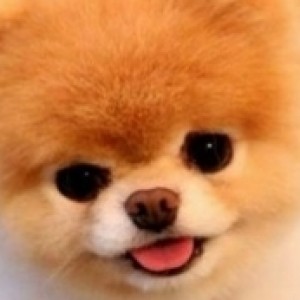