Today was a fairytale♥

B y : R i c h a r d  L a g o
Once upon a time there was two very beautiful people. There names were Richard and Jaime. Richard was a kind noble prince and all of his villagers loved him very much. He was kind and generous to them. He always made them laugh even when times were hard. But a kingdom next to his a beautiful princess name Jaime lived. She was kind to her people.She taught them to live happy lifes. Every villager loved her. One day while she was going for a walk by the lake she spotted Richard by the lake. He saw her and waved for her to come over and sit with him. They talked for hours. He found out that she could not swim so he told her to come to the river each day that he would teache her how to swim. The next day came and Richard was there waiting for her. He had brought lunch. They sat and talked for hours. The princess ate all of the mash patatoes and did not leave any for the prince. Leaving him hungry for half the day. The prince jumped in the lake and told her to come with him so she did. But she sank to the bottom of the lake like a rock. Richard swam to the bottom saving her. She was scared even knowing it was not very deep. When the they were done swimming the prince had lost of time and now saw that it was night. He brough theprincess back home. But before he left he had told the princessthat he loved her very much and that he had been waiting for a very long time to say that to her. To his suprize the princess also said she loved him. She just could not tell him because she was scared. The prince told her to meet her at the lake tomorrow and they both agreed to go back. But when the next day had come the princess saw a note on the tree by the lake saying that the prince had gone to war. She was so angry she ended up kicking a wall and putting a hole in it. But she was also very upset that she could not see the prince. A month later the prince returned. The first thing he did was go to the princess but when he she saw him she was so mad and slaped him. But little did she know that there was a assasin behind him. Richard got shanked in the heart. He was going to die but he was happy that he would die in the princess arms. The princess cried and cried for days. Her tears healed his wound. He walked down to the lake where she was at. He got down on his kness and said Jamie will you marry me. She said yes jumping on him knocking him over and breaking his feet. Two months late on March 25 they got married. Jaime told Richard a month later that she was expecting a baby. Nine months late a beautiful little girl was born they named her Sarafina. They all lived happily ever after in the castle. The end 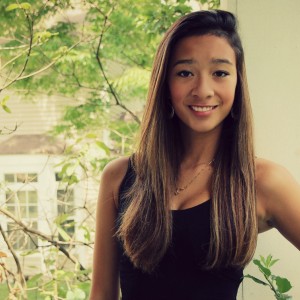