Statistics show that music can influence people in a big way.

Statistics show that music can influence people in a big way. Listening to a particular song or hearing the beat, can change the way you see the world. Music reflects your mood and emotions. It can make people happy, sad, or angry, which may have a positive or negative impact on your life. The reason why music affects people is because it process in their brain. Also, they can relate to the topic of the songs in some way because of the memories associated


Happy Music
When listening to music, people can hear the happiness in someone’s voice (LeDree 1). This can make them in a better mood, such as soft music, gospel music, techno music, and sometimes rock music. Listening to happy music can have such a huge impact on someone’s life. It can inspire and motivate people (How music can change your mood 3). It may get people pumped to do things they always wanted to do before. It can also inspire or motivate them to start something new. Such as, start a new life, career, anything really. Also, if people actually sit and listen to the lyrics, then they would notice that the song is encouraging (Rampur 4). Happy music can also help reduce stress, help you relax, and help elevate your mood (Radwan 6). It can also cheer someone up. It usually reminds them of the good times they had. If someone was down in the dumps, then listening to happy music can bring back some happy memories to get them out of the dumps (Davis5). When listening to happy music, it usually gives people hope that everything would be okay. It helps them take their minds off of things for a while (Hatkins 8). All music that makes you happy had positive messages in them. Listening to happy music just makes you a happier person (Focus better by listening to music 7).

Angry Music
Just like happy music, angry music can also have an impact on your life. Some say that rock music can not only make you happy, but can also make you angry. Hard rock would be the kind of music to make you angry. Also, listening to heavy metal can make you anger, because the music is so aggressive (Hatkins 8). Rap music affects people in a negative way because most of it is very vulgar and inappropriate (Satterlee 9) for our minds. For example, when listening to this kind of music makes people even angrier, such as sever anger (Davis 5). Since most angry music has songs containing constructive words (Radwan 6), it affects people’s state of mind, subconsciousness, and their behavior. Listening to this kind of music had a negative impact of people’s society. Such as, they may be rude to their parents, relative, and to their friends. Also, they would become angry with the world, blaming everything except themselves for their problems. They often become criminals, join various criminal groups, or have problems with t he law (Hatkins 8). Most angry music contains negative, which can program someone’s mind and creating new beliefs. Angry music is not the kind of music someone wouldn’t want to be listening to all the time. They may become destructive to themselves and other people around them.

Sad Music
Also, like happy and angry music, sad music can have an impact of your life. There isn’t a lot of music that can make someone sad, but the most popular music that makes people sad would have to be country music. Country music usually makes people depressed or suicidal (Satterlee 9). If people just sit there and listen to this kind of music, it would most likely make them depressed or they would be stressed most of their time. Also, it just brings people down (Davis 5), and it brings up old memories people try to forget about (LeDree 1). People may listen to sad music could be because of heartbreak, they feel the pain and sorrow in the song that’s being sung, a death of someone they knew, anything really. If they have a bad day, they are most likely to put on a sad song that they can relate to.

Music is a powerful thing. Everyone knows that music can affect their life in some way or another. It can make people happy, sad, or angry. Music can mess with your emotions. Obviously, there is no denying that. People shouldn’t let it get to them. It is one the most entertaining things you can come by. People shouldn’t let them affect them in such a huge way. They should just enjoy listening to it. 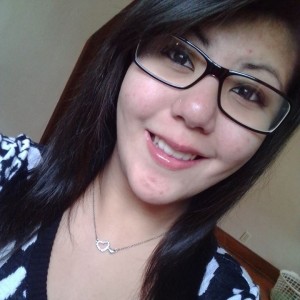