Please, Please Read. He Hurt Me It started with the winks. My

Please, Please Read. He Hurt Me

And That Kills Me.

so to anyone who's reading this, my EXboyfriend and Sam were still talking. She posted the messages on FACEBOOK. Yes. I was publicly cheated on, if that makes sense. He denied saying e wouldn't talk to her, and in an argument on facebook, he took her side. Calling me ugly and a and stuff. I couldn't do it anymore. I broke up with him. Now Sam hates him to and he likes her best friend. HAHA. thanks for everyone who helped me through this though<3333
reply 0

I know i cant actually help but i want you to know that theyre not worth it. She isnt your friend and hes an idiot. And im always here for you beautiful.
reply 0

It's ok. I know it hurts now, but it will get better, I promise. I think that you should just dump them both. There will be better friends who will always love you, and never hurt you....same with guys. *cyberhuggg* <3
reply 0

Just some advice. She's a b*tch. But so is he. I know you probably don't want to hear this, but they were BOTH in the wrong. They were BOTH hurting you. How do you know he didn't save her number under a different name? Or maybe he has it memorized? Seriously hun. I've been cheated on. I was with him for a year, & he cheated on me 8 times. I took him back every time. I was blinded by what I thought was "love". But it wasn't. & neither is this. Once a cheater, always a cheater. I know I sound like a b*tch, but I'm trying to help you. If you stay with him, & devote your whole life to being with him, & you found out he has been cheating, what are you gonna do? you obviously wouldn't dump him. This is not a healthy position for you to be in. He has your mind twisted & you're wrapped around his finger. You can't let a guy do this to you. What happened to your girl power? It may feel like he's changed, but they never change. You deserve BETTER. Nobody deserves to be chated on. Nobody. & if you let them do it once, they will do it again. I'm telling you the truth. If you don't want to listen, then don't. But I've experienced this... It doesn't get better.
reply 0

that is just terrible! something similar happened to me too and trust me it gets better :)
reply 0

awww, i know it hurts, but its not the end. they are both just one part of your life. there are better times ahead. but keep your head up. its always okay in the end, and if its not okay, its not the end. good luck! :)
reply 0

Aw poor you! Just remember, if she was ever really your friend she wouldn't have done that in the first place!
reply 0

hey hun first I'm so sorry and I actually wanna talk about stuff and you can to vent to eachother.?
reply 0

:'c awwwe my dear im so terribly sorry! I cant even imagine the pain...
reply 0

Aw... :" That is so sad.. similar kind of thing happened to me, and it hurts. It really does. And if you need someone to talk to, I'm here.
reply 0

Something sort of similar happened like this, to me. All I can really say is, it sucked, REALLY bad. To catch someone in the act, who's like a sister to you.. I learned to let her go, and move on. It wasn't the same for me and my boyfriend for.. a very very long time. Actually, it's only still getting better. But I try not to think about it. I don't understand why people want to mess it up, for someone else's happiness. If you need to talk, I have Facebook.
reply 0

I know the feeling :/ I was in the same type of situation... I'm here to talk
reply 0 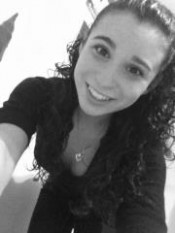