Hey, guys! I'm going to be writing a One Direction fanfiction!

Hey, guys! I'm going to be writing a One Direction fanfiction!


If I left anyone out, I did it on purpose, and they are not going to be in the story, eg. Liam's secret crush, so please don't comment saying I 'missed' someone

nialls bff!!!!!!!!!!!!!
IM IN LOVE WTH HIM !
I LOVE FOOD
I THINK FARTING IS ALSO COOL
AND GRIAFFESS R MY ABSOLOTE FAV
I LOVE TO TWEET
I LAUGH AT EVERYTHING!!!!!
I AM AMERICAN THOUGH.....
AND MY EYES R GREEEEEENNNN

Zayn's best friend?! Please? I'm Airian ans I love Zayn :) But I want to be his best friend so that I'm a;ways there for him because girlfriends and crushes come and go and I wouldn't want to leave someone I care about. Ok so I'm kinda shy but no matter who you are, if you're having problems i'm always here to listen and I'm really outgoing to people that I'm close with. I have dark brown eyes but when I see my bestfriend (hopefull Zayn) my eyes bright up like never before. I love to laugh and have a good time :) I have light brown hair and I'm only 5'5 and not getting any taller :/ oh well I like being short :) I hate people who are fake. I think being yourself is the most important thing in a friendship beside honesty. But really those two things go together right? Well let me know if I get the part? Thank you! :)
reply 0

Naill's best friend. Im name is Erin. I will go to any lengths to make somebody feel better, I'm a good listener, and very protective of my friends. (:
reply 0

Niall's best friend: my names Anna, i have blinde hair and blue eyes, im in love with food just like him, and i love to sing, dance and play sports
reply 0

Hi, my name is Selena i have dark brown curly hair
i love music
i love basketball,
and im outgoing
id love to be Harrys girlfriend if its ok with you , thanks

Dont do it. the quotes are going to get reported, just trying to help n it will say pending moderation js cause steve and other people are sick on one direction.
reply 0

My names Meg but people call me meggi. I have wavy brunnete hair, im tall for my age (5'4"). One Direction is my favorite boy band. I would love to be Zayn's secret crush or maybe someone of Louis'. Love all of them but they are my favorite. I can be loud or I can be quite, depends on my mood. I have a brown-ish-hazel eyes that somewhat look like honey with more gray in it.
reply 0

Hey im Chelsea(:and i would LOVVE to be Harry's gf. Im very outgoing/wild. Love talking and hanging out with my friends, im very honest & im funny,sweet& kind. And you know im honest cause honey thats all true^^ (: k thanks :D

Louis Secret crush
Isabelle sweet, loving, and athletic. Im smart and am a bit random like sweet Lou. I have brown hair and hazel eyes. I am obsessed with one direction. It would mean everything to me if you put me in the fanfiction please do! <3
reply 0

hello! I'm Vanessa or you can call me Ness! I can go for anyone, but maybe louis or nialls best friend/secret crush!(: I guess you can say I'm..... nice, sweet, funny, talkative, hyper, unique, and.... yeah! Haha sorry if it sounds like I'm being cocky or something but I'm really not! If you're taking the time to read this, thank you! Love yaaa (: xx
reply 0 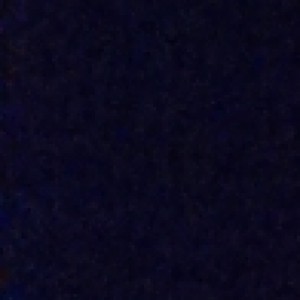