Accused & Abused
(Based on a true story)
Chapter 2
It was only 6 o'clock, yet I was already famished. The smells of downstairs drew me towards the steps of my second floor.
"Dinner will be ready in 10 minutes!" My mother called.
"Okay." I yelled back.
The steps creaked and the sounds of heavy breathing became clearer and clearer. I dashed into my room, seeking safety. My hand reached for the lock, but it was too late. The door flung wide open, slamming my face against the wall, knocking me to the ground. I looked up at my fathers eyes, full of wrath. He smiled deviously. He kicked me in the gut, and I lost all breath.
I stood up, with the last of the courage that I had left, and ran to the bathroom, and locked the door. Within seconds, the door was being hammered on.
"Open the d*mn door, Noah." My father yelled.
I didn't answer. I crawled into the corner, and looked back at the door just in time to see a knife cutting in, on the side of the door.
"Open the door." My father said forcefully.
"Sweetie, is that you?" My mother called out to him.
"No, I'm just with Noah, upstairs." He called back.
"Would you come down and help me with the dishes?"
My father moaned, and stomped back downstairs, leaving me trapped in my own bathroom, with the smell of food lingering in my nose.
Five minutes passed, and my Mom called, saying it was time for dinner. I stayed in the bathroom, vigilant for anyone trying to get in. I knew I would be in here for a while.
How do you like it? Please give feeedback! Fave/Follow/Comment!

I find this so sad that this story is based on a true story.
reply 0

Wow can you notify me please?
reply 0

Great story...well, bad...ugh, what I mean to say is what happened is terrible, but the story is good! Okay. Anyway, I was being a creeper, and I saw that you play tennis and do cross country, which I do too! :) I used to run track, but I hate running around on the track, so I just do cross country now. Oh, and I SUCK at swimming ;)
reply 0

oh my gosh, i didnt realize this was based on a true story...it is amazingly written....im so sorry that this was a real life situation :'(
reply 0

hey! this is really good and sad. but can you remind me? :D
reply 0

i really like it! it makes it better that its based on a real story! notify for chapter 3 please?
reply 0

this is absolutly AMAZING! you make everything seem so real:)
reply 0

Abuse isnt fun, but i'm not saying anything about my life. But i wouldnt change my life for the world, it made me stronger. :D
reply 0

OMIGOSH. You are such a talented author. Cant wait for chap No. 2!
reply 0

I think this is great! And, it's based on a true story? If this happened to you, I feel terrible, you seem like such a nice person!
reply 0

Wow great, you've improved a lot from the 1st chapter!
-
You said it's based on a true story, did this happen to you or..?

That is so sad yet a really good story did this happen to you?
reply 0

This reminds me of a certain other account that i can quite remember the name of... -.- whatwasiiiiit.
i want to talk to you there.
reply 0

WOW! this is yet another great chapter !
reply 0

Wow! This is amazing!
So based on a true story? Did this happen to you??
Aaaaannnnndddd I really like it c:
Notify me for the next one? 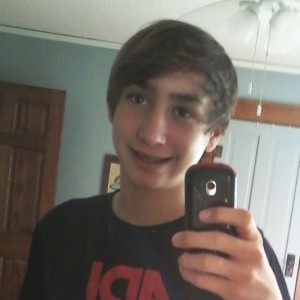