Trying To Get The Girl- Chapter Two

The more I've been trying to get Aniya to speak to me or sign to me, the harder it is because she is such a mystery. Her eyes are red a lot which really makes me wonder, so I decided to tap her on the shoulder and ask her,
"Hey, Aniya your eyes are really red. Are you okay?" I actually got a response from her and her response was a dull, "I don't know". She then continued working on the lab we were assigned. I just sat there, looking into space but on the corner of my eye I saw her rubbing her eyes and I noticed a black smear of make up running down her cheek, she was obviously not okay. I felt that I should ignore it, but I decided against it and tapped her shoulder and signed
"What's wrong? Why are you crying?" She gave me a surprised look and signed back "I'd tell you, but then I'd have to kill you." Aniya stormed off in an angry walk. That left me guessing for the remainder of the day. Towards the end of the day Ryan, Hunter and Kevin all came to my house. We ordered a pizza and just sat around playing video games. The pizza finally came after a long 30 hungry minutes and Ryan noticed my sign language book under my bed. He pulled it out and said
"You learned sign language? What the he-" Kevin interrupted in disgust and said screamed, "Did you really learn sign language for that freak? What's wrong with you? You have tons of girls throwing themselves at you for the past 5 years and rejected them all because you're in love with that weirdo!" I finally had it with them making fun of me about Aniya and finally stood up not for myself but for Aniya. I yelled at the guys and said "You haven't ever even met the girl! Kevin, you make fun of her everyday of her life. Hunter and Ryan, you guys are dating and don't even like girls so I don't understand why you guys make fun of her. I haven't really met her yet either, but just because of the way she dresses or acts isn't stopping me and it doesn't mean she is a freak. No one has given her the chance, but I will!"

Hey Everyone! I haven't written in a long time so whoever reads this please give me feedback, i would really appreciate it! Anyone who would like me to notify them for when the next chapter will be posted just lemme know and I'll notify you! Thank you! <3 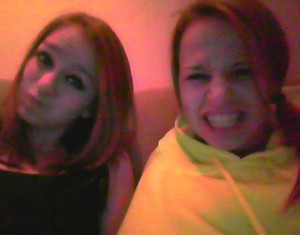