A Different Kind of Friendship- Chapter 3

(A One Direction Fanfic)

"Heyyy Harryyyyyy!" I screamed as I stumbled over to him, acting as drunk as possible. "Who's this?" the girl asked, giving me a dirty look. Before Harry could respond, I said, "I'm his FRIEND." and winked, then put my arms around him. "You have a girlfriend?" she asked, looking at Harry with a questioning face. I started to hang on Harry, overly clingingly, and I put my arms around his waist, when he said, "Umm, yeah.", still trying to soak everything in. "Oh wow." she said, smirking and looking at me. I started to get mad at her, so I upped my game. "Harry, let's go back to me place... I started as I got even closer, if that was possible. "And have a little fun..." I slured and I kissed his neck. As soon as I did I got butterflies, and he sharply inhaled, probably surprised by my kiss. I heard Harry say quickly, "And she's really drunk, and needs help, I need to go get her home." and pretened to help me towards the bar. "Is she still looking?" he whispered in my ear as we walked away. I slightly turned my head to see she was still looking, so I moved my hands down Harry's back, almost to his bum, then she finally turned away. "Now she's not." I said, letting go of Harry, but actually stumbling a little. "Woah, you okay?" he asked, smiling and gripping my hand. "Yeah, fine, I swear I'm not as drunk as I seemed back there." I said, getting my balance back. "Yeah, you...uh...really got her, and me too, I thought you were serious." he said, his smile growing, his dimples along with it. "Pshh, you wish." I said. "Maybe." he said, winking. I had so many butterflies I thought I was going to puke. Just then, Louis came over and asked if Harry wanted to head home, and he said sure. So, we all went back to Harry's flat. "Who wants to play a drinking game?!" I called as I flung off my shoes as we entered the house. "Are you sure you want to drink more?" Harry asked. "Either go big or go home, right?" I said, winking. We all played "Never have I ever" except drank instead of rasing fingers, me and Harry tied for the losers, as we usually did, which means we took by far the most drinks and shots. "Okay, let's play truth or dare, without the truth." Harry slurred. We all laughed and agreed. After a few dares, it was Niall's turn. "Okay, Lacy, I dare you to kiss Harry." he said and everyone went "ohhhh" in agreement, except me and Harry. "Okay." I shurgged, looking over at Harry, and he just lazily smiled.

If you want an update, please comment on my profile! :) 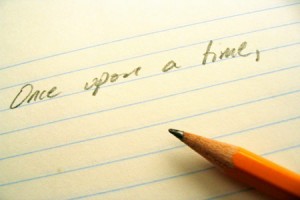