Everything About You. Chapter 6. "Niall... I would love

Everything About You.
Chapter 6.
"Niall... I would love to!" I say happily. I was so overwhelmed with all these feelings. I don't know what it was, but it felt like I was doing the right thing. Like, this was meant to happen in my life, and for once, I'm prefectly fine with it. This is probably the best decision I've made in a while. Niall's face lights up. "Really?" He says almost quite shocked. I shook my head and he got up and hugged me. "Thank you so much! I was actually quite nervous you'd say no.. But I am glad you said yes." Niall said taking his seat once more. We continued to eat and talk. Finally a couple.
A WEEK LATER.
Niall and I still haven't said anything to Bry or the boys about us dating. No one knows... Yet. But, Niall and I have made plans to tell every one the truth tonight. I talked to Niall about it, because I was starting to feel bad about going behind Bry's back and Niall going behind the boys' back. So we made a plan to tell everyone including the world that Niall Horan and Paisly O'Reily are official. I couldn't wait to see the mash-up of names they try with us. Okay, so here's the plan. Niall and the boys are coming over tonight to hang out with Bry because she's laeving tomorrow night. So the boys and Bry think we're having a going away party for Bry. Yes, the party is still happening, but Niall and I are breaking the news. I mean it's not that big of a deal, but the boys will be thrilled and happy for us.
It was about time for the boys to get here so Bry and I decided to get changed. We weren't going to dress up, I mean it's just a party... Right? I pur on a cute pair of leggings with a long sleeve sweater. I put my hair in a ponytail and left my bangs down. I put eyeliner and mascara on and a cute pair of socks. "I'm done getting ready, are you?" I asked Bry who was in my bathroom getting ready. We were practically wearing the same thing, just different designs. "Niall just texted me that they are here and to open the gate." I said walking down the stairs. I pressed the button and the gate swung open. They drove in and it shut directly behind them. Louis pulled up behind my car and parked. They all got out and pretty much ran to my door tackling Bry and I with hugs. Niall and I hugged like a friend hug. "You look beautiful, baby." He whispered in my ear before he pulled away from the hug. I smiled and shut the door behind him. We all went into the living room and had a seat. "Okay, so I just want to get this out of the way now.. Before the party gets started." Louis said standing up. Bry stood up next to him. "What's going on guys?" Niall asked them. "Okay, so I'm supposed to be leaving tomorrow, right?" Bry asked us all. We gave her a weird look but shook our heads yes. "Well, change of plans. I'm moving in here.. with Pai!" Bry said happily. "Are you fo'real?" I asked excitingly. "Yeah, you're mom is staying in France with whats his face and this is now our hoiuse." Bry said. I squealed and jumped up and hugged her. "YAY!!!" I screamed. Everyone clapped and laughed. "Okay, well I feel like I'm in the daily news. so Niall and I have something we'd like to share guys." I said walking over by Niall. Niall stood up and we scanned everyone with our eyes. Niall intertwined his fingers with mine and smiled at everybody. "Guys.. Meet my girlfriend." He said before kissing me. All the guys clapped and hollered. "YOU GO NIALLER!!" Louis yelled. "since when?" Lia asked us. "About a week ago." I said happily. "You guys are the cutest!" Bry said hugging me once more. "Now.. Let's get this party started!" Niall ss hands in the air. They all got up and Zayn turned the music on. Louis and Liam got cups and everything and we started partying. The last thing I remember is kissing somebody.. And I don't think it was Niall...
*New story! I hope you guys like it!! :) Lemme know!!!. Sorry if you think i'm a wh/re in this chapter but I gotta spice it up!! Lemme know what you guys think, pretty please?!?!?! 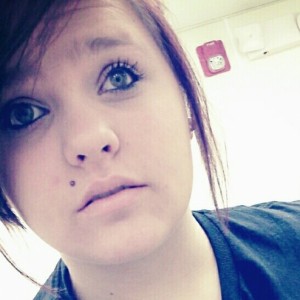