you know what makes me sad? -people eat meat like it's normal,

you know what makes me sad?
-people eat meat like it's normal, but an animal died for it and 1 pound meat costs us 11 pounds of weat
-in china people who don't pay there taxes sometimes dissapear in large numbers and suddenly there are a lot of organs donated
-Iceland was the first who was in crises and got out of it by punishing the banks instead of the normal people but you never see it in newspapres because we protect our ceo's
-for every kilogram of shrimps, there are 42 kilogram of other sea creatures fished up and trown back dead into the ocean
-politicans can promise what they want without really having to do those things
-lots of "religions" isolate fragile people from their family and friends so they are dependent and pay money
-every three seconds a child in Africa dies because of honger, while we trow away food to keep the prices high
-everybody knows about global warming but most people don't do anything to change it
-avatar costed more than curiosity. pretending to go to another world is worth more money than .. going to another world
and none of this will end because of cristmas...
2
Share 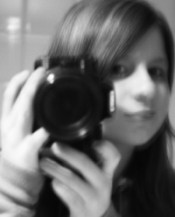