Five Months Later
"I'm so nervous." Scarlet squeezed my hand, as her legs shook.
It was no longer a secret that Scarlet was pregnant now.
Her baby bump was finally showing, and she's put on a few extra pounds since she first found out about her pregnancy.
"Scarlet Labourne?" a nurse suddenly came out from the ultrasound room, with a grin spread across her lips. "We have your results for you."
Scarlet gave my hand one last tight squeeze, before she stood up to meet the doctor back in the room.
I followed behind her, as I heard Scarlet's heavy breaths.
Once we entered the doctor's room, he was typing something on his computer.
"Doctor Willis," Scarlet gave the doctor a nervous smile, "is my baby a boy or a girl."
Doctor Willis spun around in her chair, as she handed Scarlet a manila envelope.
"Congratulations, Scarlet." The doctor nodded slowly. "You're having a baby girl."
I noticed that Scarlet's shoulders immediately sagged, as she let out a squeal of excitement.
"Yes!" she laughed, before turning back to me. "Did you hear that, Riley? I'm having a baby girl!"
I smiled at the sight of my best friend, noticing that her eyes were glowing of happiness.
I haven't seen so much glowing color in her cheeks for months.
"That's great." I smiled, as Scarlet ran to give me a tight hug.
She buried her face into my shoulder, as I felt tears leaking through my shirt.
"I can't wait until we pick out names!" Scarlet beamed.
*
"How was the appointment today?" Travis asked, as we walked down the beach during midnight.
The cold sand sank in between my toes, as I stared up at the sky, which was full of starts.
I smiled when I saw that the full moon was out, bright and glowing.
"It was great." I whispered. "Scarlet's having a girl."
Travis smiled down at me, before he wrapped an arm around my waist.
We stayed in that position for a while, just the two of us, my back pressed against his chest.
He held me securely, as a tide washed up the shore, soaking our feet.
"A lot has happened this year, hasn't it?" I said softly, as Travis buried his face into my neck.
I felt Travis' chuckle vibrate against my skin, as I shuddered.
"It has." he smirked. "You met me."
Arrogant as always.
I shot him a glare from the corner of my eyes, as he laughed.
Travis pecked my jaw, as I rolled my eyes.
"Aside from you, because you're irrelevant." I teased, sticking my tongue at him.
Travis raised an eyebrow at me, before laughing. "Yeah right, Riley." he said sarcastically. "Admit it, you love me."
I suddenly froze up, because Travis and I have never used the L word around each other before.
Sure, I've loved Travis since the beginning, but I was deathly afraid of what his feelings were for me.
"Do you, Riley?" he suddenly whispered in my ear, making me close my eyes. "Do you love me?"
I let out a deep breath, before nodding slowly.
"I love you, Travis."
Travis stayed quiet for a long moment, and I was scared for a second that he didn't return my feelings.
But, he spun me around, taking me from the lips.
His hands ran down my back, making me arch my spine.
All of the emotions I felt while kissing Travis- were unexplainable.
"I love you too, Riley."

This isn't the end, but it's very close to.
Can everyone please take a minute to vote for me in the link below:
http://www.wattpad.com/watty
Click Teen Fiction on the side bar, and scroll all the way down until you see "Don't Give Up" by RiceLover.
I would much appreciate it if you would vote for me!
As return, I will let you guys pick who you want to be for the next POV in chapter 43!
Thanks! :)

Totally Travis!! we need in that boys head! lol I love your watt pad storys! There really good just like your witty ones!
reply 0

Travis POV, and will you be updating Forever and Always His soon?[:
reply 0

i love this awwww
reply 0

not the end!! but really, you are an amazing writer. use that to your advantage. I can tell you put a lot of work into your writing. from on off- witty writer to a . on- witty writer, you are amazing.
reply 0

I'm gonna vote :) & Travis's POV! I wanna know what his feelings are.
reply 0

Travis c: and I voted for your story right when the awards came out, your turkey amazing at writing
reply 0

Amazing I think you should do Travis' pov and I'll definitely vote Dont Give Up (:
reply 0

awh c: I loovvee this story, don't really want it to end xD and I'd say Travis' point of view because I want to know how he feels :3
reply 0 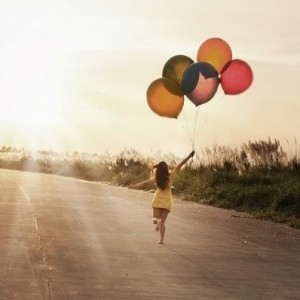