My brother is the ultimate boyfriend No, I'm not incest and

My brother is the ultimate boyfriend
No, I'm not incest and dating my brother,
but the way he treats his girlfriend is magical.

He started dating her New Years Eve, the marching band (They're both in it)
went on a field trip to Florida. They went to Disney Land on New Years Eve,
and my brother, Noah, asked her out during the count down.

They hang out all the time. The way they interact with each other is so cute.
They always argue, not a real argue, over who's paying for what, and other
cute little things.

We went to a family gathering a few weeks ago, and Noah brought his
girlfriend, Annie along. Right away it's like she was apart of the family.
She acted herself and wasn't shy, she's so nice and funny.
During the gathering we played Farkle, a game which was new
to her. So Noah wrapped his arms around her waist and helped
her out on how to play.

They're's so much more stuff I would ramble on about that's so cute,
such as them tickling each other, play-wrestling, playing video games together,
giving eachother piggy back rides, and everything else, but today
was the most cutest thing ever.

Annie came over and we baked two pies, a Peanut Butter Nutella Pie
and a Twix Pie. They would put the ingredients in together, and throw
flower on eachother and do all these cute couple things that I wish I had.
And then after we we're finished with the pies, they went upstairs and
watched DISNEY PRINCESS movies together and my brother hates Disney movies.
I had to go up and check on them, and they were sitting in a recliner together
with a huge stuffed animal on top of them and they were cuddling
and watching Aladdin.

They are the cutest couple I've ever seen in my life.
It makes me want to cry.
And what's even cuter is their couple name is
Nannie.
Awee<3
10
Share 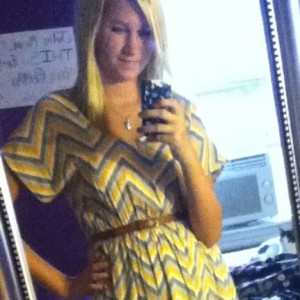