Deadly Games
~Chapter Seventeen~
His eyes grew wide and turned to the most vibrant shade of green I had ever seen.
“Oh baby, I love you too,” he said, his voice bubbling with excitement and what sounded exactly what love should sound like.
My vision clouded over as pure happiness spread throughout my entire being.
I felt his hand cradle my face, pulling me into what had to be the most passionate kiss I had ever experienced.
As I stood there, with David’s arms around me, his lips and mine conjoined in a pact of pure love, I felt myself thinking back to last summer.
To the day when Ms. Mary finished her story for me.
She had come into the Biography Room, asking for me to join her for a cup of peppermint tea.
As we sat there, the summer rain pouring outside the window, Ms. Mary told me everything.
“I’m sure you remember me talking about my lovely Kenny, correct?” she asked me, the name I had assumed was the name of her ex-husband. “Well, there is more to the story. I felt I owed it to you to finish it.”
I knew I should have told her she only needed to tell me what she wanted to, but I was curious. I wanted to know the rest. I wanted to know about the only thing that could ever seem to get her down.
“He did come back from the war, you know. Everyone told me I was so lucky. At the time, I had thought so as well,” she pushed her hair back behind her ear, turning her face to the window. “I was in love, deary. I was absolutely, one hundred percent sure I was. Kenny became an elementary school teacher, he taught third grade math. Seeing all those cute little children, I naturally wanted one of my own. Well, I soon became pregnant.” She began to smile. “I remember walking around the town, my pregnant belly sticking out for everyone to see, it was like an emblem of our love for one another. All my girlfriends told me they were so jealous,” she giggled like a young school girl, her tired eyes dancing. “I was the first one to get pregnant and with the best man in town!”
She looked at me, seeing my look of confusion on my face.
“That’s what everyone said. They said he was so sweet, so funny, so smart, and oh-so handsome. Everyone wanted to talk to him. All the girls wanted him, all the boys wanted to be him. It was impossible to hate Kenny. Impossible.”
At this point, I was fully into the story. Ms. Mary had always been excellent at telling stories, and this one was about a secret part of her life I had never heard before. It was safe to say I was sitting on the edge of my seat.
“The first night it happened, I was waiting up for him at about one in the morning. Kenny had been out drinking with some friends from his regiment. Usually, they would go down to the local bar and would drink responsibly. I had just figured he was busy reminiscing about the war, something they often did.” She paused to take a sip of her tea. “I had been reading a novel about parenting, I was six months pregnant and over the moon about it all. I was sitting in the bed, one lamp on next to me, reading quietly waiting for my husband. That was all!” Her voice raised, her eyebrows cinching together in confusion.
“When I heard him come in at about one, I had set my book down to go greet him and fix him some supper if he wanted. As soon as I entered the kitchen, which is where he was crashing around, I knew something was different about tonight. The entire room reeked of cheap alcohol and French perfume. His eyes were droopy as they scanned the room settling suddenly on me. I remember feeling scared beyond belief. The normally sweet and loving eyes were turned sour. He had stumbled to the floor, I remember that, so I went to help him. He had already got up before I reached him. I was too close to him, I realize that now. I should have just gone to bed. As I stood next to him, his hands quickly slapped me across the face, calling me names I will never repeat.”
She looked down to stir her tea, refusing to make eye contact with me. “And that’s the way it continued for the next months of my pregnancy. Every now and then, when he would go to the girls’ club and drink a bit too much, his rage would be taken out on me. I covered it up well, I had become an expert. I made excuses for him, I had a million of them.”
We stopped talking as a middle-aged man came in, heading straight for the bathroom next to the entrance.
Ms. Mary didn't even acknowledge him.
The only thing on her mind was the past.

LEAVE ME FEEDBACK THANKS.
This chapter and the next were originally one chapter, but it was much too long so I'm just gonna make it into two chapters.
Holla.
~Fave;Follow;Comment~
64
Share 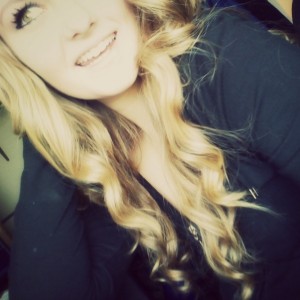