Todays some a//hole on
my bus decided that
it would be hilarious to take this boys shoe and start throwing it around. The bus driver got really angry and threw it into that little thing under the bus where you put your bags (I don't know what it's called.) You see, the bus driver thought the shoe belonged to the a//hole. The boy who's shoe was stolen (let's call him Bill) shouted out "Stop the bus!" and ran up to the bus driver so he could retrieve his shoe. The bus driver told Bill to sit at the top of the bus. Bill is my one of my best friends' brother. He is bullied constantly. My friend moved further down the bus, to hide the fact that she was crying from her brother. I moved down to sit beside her and she explained the situation. Her brother has Autism and other mental and physical disabilities. He was threatened numerous times. Someone even put a lighter to his face and threatened to kill him.Bill thought they were being nice to him. Their parents have no idea about this. From where we were sitting, we could here the people who had been making fun of Bill, laughing and joking about him. My friend started crying when they said a particularly nasty comment.
And then, the quietest girl on our bus stood up, turned around to face them and shouted; "Shut the f//k up you f//king a//holes."
The people who had been mean to Bill just stared at her, completely stunned. My friend started crying because she was so grateful. Other people on the bus started to agree with her and started shouting at the a//holes.

Im so proud of u!!..idk u!..yet u made me smile and see hope!..im like LITTERALLY trying to hold my tears and my smile in Latin class right now!... That was so awesome and good of u!... I just cant say enough!!..thank u!!..u gave me hope..thank u!..u saved bills life! Thank u! U gave everyone curauge to stand up against the bullies!...thank u..for the girl u helped whom was crying like me ;)) ... Thank u!..for u r N example of how we can change the world with one small task a time and one small kindness can change so uch just in your school/bus...u r a wonderful young lady!
reply 0

That's literally the best. My little brother has Autism, so I understood completely. Props to you, girl, that's amazing :)
reply 0

I'd argue with you, but that would take effort and you are not worth effort. And anyway, 339 people and me all know the truth so you've lost already...
reply 0

Say what you want, doesn't stop it being fake.
reply 0

Say what you want, doesn't stop it being real.
reply 0

Wtf are you talking about? This girl stood up for her friend. A special needs person. You obviously don't have respect
reply 0

Respect, you're the best!
reply 0

Wow I got goosebumps. I take my hat off to you. You're amazing <3
reply 0

Well done..You're pretty brave for doing that but it was the right thing to do i'm proud of you. :)
reply 0

wow good for u standing up to those bullies ur my idol now :D and this story made me cry :'(
reply 0

You inspire me.
Stick it to them a.sswipes!!
reply 0

You're a amazing person<3
reply 0

Thank you for standing up to bullies :) respect
reply 0

Thank you so much, I know you didn't do it for me (as we've never met O.o) but on behalf of autistic people (I'm autistic) Thank you xx
reply 0 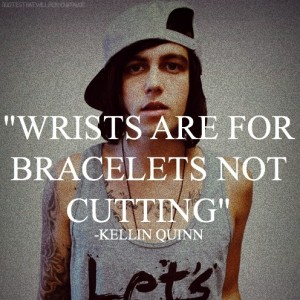