Heart break.
Not once in my 23 years had I ever experienced something like this. Not when my girlfriend of 2 years broke up with me, not when I was 15 and saw my girlfriend cheating on me.
Never.
When Logan and I had been talking, I hadn't had time to comprehend anything. I spoke with impulse and everything she said didn't sink in.
“Why'd you date me if you weren't interested? For money? So you could go tell your friends? Why, Logan?”
“Money,” she said, looking down at her hands.
I was just a game, someone she used to get some extra cash. I sat down on my desk and closed my eyes, sighing heavily. Somebody knocked on the door and Kelly came in. I internally groaned as she walked towards me.
“Zach,” she said as she bit her lip seductively. “I was wondering about tonight? You never texted me back.” Kelly had texted me last period asking if I had wanted to go out for dinner tonight and I had just ignored her.
“Look, Kelly, I just got out of a pretty serious relationship.” I scoffed silently, at least I had thought it was a serious relationship.
“Oh, I didn't know you were dating anyone.” I didn't reply but got up from my desk.
“I need to go make a important phone call,” I lied.
“I'll see you later, Zach,” Kelly battered her eyelashes.
“Yeah,” I smiled weakly. Before my next class, I needed to get some air. I stayed outside until my next period. I would be teaching a group of year 8s and after lunch, I would be teaching Logans class.
That I was dreading.
Soon enough, I had to return to class and I was in a horrible mood. At least teaching would get my mind off this whole situation, my thoughts werevkilling me.
“Okay, guys,” I began. “I'm going to give you some questions and put on The Princess Bride, I want you to answer the questions which have something to do with the movie.” The class groaned as I put the movie on and sat on my desk a pile of papers which needed grading in front of me.
I stayed in my classroom all lunch, my phone kept going off but I ignored it and continued grading papers. Soon, it was time for Logans class. I kept grading papers as the class entered the room but every so often I'd look up to see if Logan had came in.
She never did.
As Courtney entered the room, she came up to my desk and asked, “Did you hear about the rumour?” I shook my head. “They say one of the teachers here are dating a student. Oh, I love scandal,” she winked before sitting in her seat. I frowned... she knew, she must of but she had said that, I had no idea.
When the class so settled and quietly talking to each other, I asked, “Where's Logan? I saw her this morning.”
“What a rebel!” One of the boys in the back, joked.
“Grace?” I asked after I had finished glaring at the jock.
“I don't know, I haven't seen her since History.”
“Okay,” I sighed not wanting to show how concerned I was. Where had she gone after she left my classroom? I shouldn't be concerned because she never really cared about me but I couldn't help the fact that no matter what,
I'd care about her.

Want a reminder? Comment.
Teaser: "A weeks all you needed and I know, I wasn't the happiest about your relationship to begin with but you both love each other. I know you guys do and you need to win Mr Parker back."
{A/N I'm so proud of myself, I managed to write 2 chapters last night so I could quickly upload today (: This wasn't supposed to be in Zachs P.O.V but after I wrote it in Logans, I changed it because I liked it better. Of course, I'm not a guy so I have no idea what they think. Who ever hasn't commented on this quote: wittyprofiles.com/q/6608403 }

I'm completely serious. I warned him, and he didn't stop what he was doing, so I walked over and punched him. Have you ever just woken up tired? I have, and was looking forward to Witty all day. Reminder please?
reply 0

oh my god you really need to post fast.
reply 0

Dudeeee I was halfway through reading, and my iPod died. I started yelling at it I was like ARE YOU KIDDING ME I WAS IN THE MIDDLEOIF AN AMAZING STORY YOU JUST HAD TO RUIN IT FOR ME DIDN'T YOU

but aghh it's so good! Why can't you upload more chapters at once? Dx

no my babies they were perfecttt....
reminder love? xx
reply 0

Awwww I was hoping for mr parkers pov!!! It's so sad!! But why did Logan HAVE to break up with him after a week?? Btw are u American or British? Cuz sometimes I get confused by the way you write
reply 0 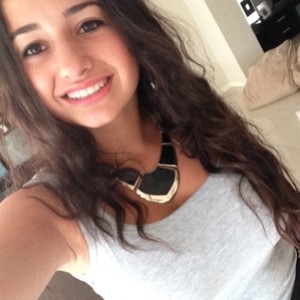