May I just say something? Don't be rude to a girl because

May I just say something?

Don't be rude to a girl because of how she's acting on her period.
Let me explain.
Being on your period isn't an excuse to be a brat, but everyone's period is fricken different.

Maybe you don't get bad cramps or headaches,
but that doesn't mean other girls don't

Maybe you don't feel really tired and sluggish,
but that doesn't mean other girl's don't

Maybe you feel fine when you're on your period and it doesn't really effect you,
that doesn't mean that other girls don't feel like crap.

Just think for a minute, maybe she's not over reacting or being dramatic.
Everyone's different, and for some people, it really blows.

And you know what?
You aren't in her body, and you don't feel what she feels.
3
Share 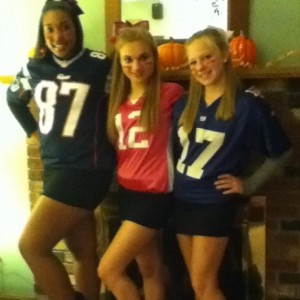