I think old fashioned is cute. I think kisses on the cheek &


I think old fashioned is cute.   I think kisses on the cheek & forehead, actual dinner dates and asking
someone out in person is a lot more romantic. I don't think the guy
should always make the first move, but I feel as if it's cuter if the
guy asks out the girl rather than the other way round because it's
been like that for so long. I liked it when the guy actually valued
their girlfriend and called her 'sweetheart' instead of 'babe'.

I'm with ya. My bf asked me in person. No dinner date or kissing yet :( but he calls me his little princess.
reply 1

Me too, completely. If a guy called me babe I would slap em. I want a gentleman you know?
reply 1

ive got a guy just like that randomly he will pick me up and start to watlz with me :)
reply 2

I love this quote so much! This is exactly what I want. Perfect.
reply 1

I agree! it's cute. But the only thing I didn't like was when the boy had to ask the girl's dad's permission to marry her. I don't get why he can't ask the girl's MOM instead...
reply 0

I agree whats the point having tradition if its just going to disappear!
be gentlemanly!
reply 1

I agree other than I like to be called babe when it's sincere.
reply 0

See, the thing is I agree with you in most parts except when it comes to the girl.
Yes, I guess i'm a feminist but i feel like that the only reason girls haven't asked boys out is because boys have always been the dominant figure and they've never had a chance to shine and when women are still trying to progress i hope one day it will be an even playing field
reply 0 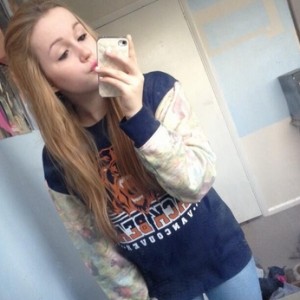