Out of the three people killed in the bombing in Boston, one

Out of the three people killed in the bombing in Boston, one was a child.
An eight-year-old little boy called Martin Richard.
He was waiting at the finish line to hug his father as he finished the marathon.
His father walked on, he went back to with his mother, brother and sisters on the sidewalk.
Then the bomb went off.
His six-year-old sister and his mother were both badly hurt
(his sister lost her leg, his mother has an injury to her brain)
but his father, brother and other sister were uninjured.

This is one family's story. One family whose lives will never be the same.
This is one story out of over 140.
75
Share

the little boy was the victim who died. but that's not how it happened. the dad couldn't race cause of some injuries he had. they were coming out of an ice cream shop as a family to watch the race :(
(http://news.yahoo.com/blogs/lookout/eight-old-marathon-victim-mother-severely-injured-154456313.html)
im not trying to say its not sad or anything, cause its truly heartbreaking.

Oh, okay. This is just what the story I got last night was :\
reply 0

I saw a lot of people on like facebook post that same story too, so their must be different ones. idk. I guess it doesn't matter, hope I didn't come off as a b**** or anything, cause I didn't mean to :/
reply 0 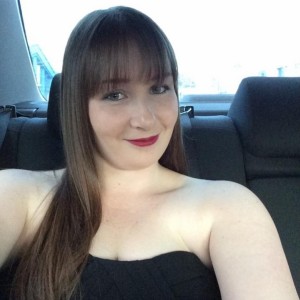