State of Grace
Chapter 24
“Luke!” screamed Grace.
“Dude, get off me!” shouted John.
“Luke! Luke please stop! Luke!” sobbed Grace; tears were streaming down her face. John and Luke were in a full out fist fight, blood was running down Luke’s face and John had a black eye. A crowd had formed around the fight and Grace felt a hand pull her up. May stood silently next to her, intently watching her face. Their hands stayed together and Michael stood in front of them. They watched as two bigger guys pulled Luke and John apart. Luke sauntered over to Michael and said, slurred, “Move please.” Michael shook his head and took Luke by the arm. Grace noticed that he couldn’t walk straight.
“I wanna talk to Gracie,” said Luke. Ashley stood at the edge of the circle, a mix of worry and anger on her face.
“No, not here, Mike. Not Ashley. Is Grace okay?” he asked.
“Luke, I think you’ve had too much to drink,” said his girlfriend.
“You’re probably right, babe,” said Luke, “But the bas tard was kissing her.” John broke free of the grip of the guy who had him locked up.
“What? She wanted it, that slot,” he shouted.
Grace started crying and let go of May’s warm hand. She ran away from the crowd and was aware that someone was following her. It was Michael. He had his keys in hand.
“Come on, Grace, let’s get you home,” he said, putting a comforting arm around her.
“Where’s May?” asked Grace, through sobs.
“She’s going to drive Luke’s truck home and we’re gonna met her there. Is that okay?” he asked, gently. She nodded.
“Grace, you didn’t know that John was wasted. He hid it pretty well. Did he hurt you?” he said, looking for bruises on her arm. She shook her head.

I haven't read the earlier parts of this story but this one is good, I liked it :)
reply 0 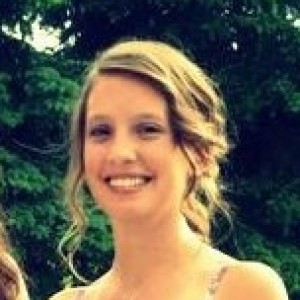