My Speech on Religion. Separation of church and state needs to

My Speech on Religion.
Separation of church and state needs to be more rigid because people feel the need to use the bible to create or destroy laws, there are many people with different religions who don’t support that God, and it’s simply showing that while the amendment says, “Freedom of Religion,” it’s not actively enforced.
The bible is a factor when making laws, fact. I grew up in a Catholic household. I attended Sunday School until 8th grade and prayer was always required at the dinner table. But when I entered high school, I realized that this God that I’ve been praying to is one I’ve never actually believed in. When I told my grandmother this, she cried and she's never looked at me the same way again. And it was then that I realized just how big of a role religion plays in relationships between people. And while religion does have a role on whether or not my grandmother and I would remain friends, it shouldn’t play a role on my basic rights as a human. People like to use the Bible as this big excuse—abortion is wrong because the bible says so. Gay marriage is wrong because the bible says so. Assisted suicide and euthanasia are wrong because the bible says so. But there are 63 million Americans—20% of the country’s population—who don’t follow the bible. If I want an abortion, I should be allowed to get one no matter how the next person feels about abortion. It’s my body, and I should be able to do what I want with it and I shouldn’t be prevented from a book that I don’t even believe in. I heard a quote once, and I’m not sure who said it, but it went: “Telling someone that they can’t get married because of your religion is like telling that person they can’t eat that cookie because you’re on a diet.” If you don’t support abortion, don’t get an abortion. If you don’t support gay marriage, don’t get gay married. But the first amendment clearly states, “Freedom of Religion,” for a reason. The bible shouldn’t be involved.
There are many people in America who don’t believe in Christianity, fact. Have you ever noticed that every day, when you stand up to take a pledge to your country, whose first amendment includes Freedom of Religion, that you take an oath to a God? Or when someone is testifying in court, and they place their hand on the bible, and they pledge to tell the truth, “so help [them] God?” Well, what about the people who don’t believe in that God, or in any God at all? While I understand that these rules have been used for so many years and it’s difficult to just remove them without causing controversy, you have to understand that times change. Think of how much America itself has changed from the 1800’s. Style, music, society.  Ethnicity and religion. It’s all changed. We’re constantly modifying laws to fit the changes of the world around us. While America’s main religion is Christianity, where 80% of Americans identify themselves as Christian, that means that 20% of America’s citizens do not believe or associate their beliefs with the God they are supposed to pledge themselves to every day. 63 million people in America. Other religions that don’t affiliate with the bible include: Native American, Chinese, Buddhism, Atheism and Muslim. Just because Christianity is the majority doesn’t make it a necessity. If you’re going to tell me that you can’t argue against these standards because Christianity is the majority, well, there are still other religions there. One out of every five Americans isn’t Christian and doesn’t follow their beliefs, and they shouldn’t have to.
Freedom of Religion is a right to all humans, fact. I, personally, don’t see it as a big request to completely remove religion from the law. I’m not asking to replace, “One nation under God” with “One nation under no God,” or “One nation under Muhammad.” I’m just asking for it to be removed. I’m not saying that Christianity is a bad thing, it’s just one that I don’t agree with, and one I don’t think I should need to follow. If I want to marry a woman who I’m in love with, hypothetically, then I should have every right to do so. A book that has nothing to do with my beliefs shouldn’t stop me. I’m not saying this country is a disgrace because it’s denying me my rights, because it’s not a disgrace. I just believe that the judicial system needs moderation. Like everything else evolves, laws and regulations should too. I’m not asking for much, and yet to some people, it still seems like too much.
There are three facts I’ve dwelled on: The bible is a factor when making laws, there are many people in America who don’t believe in Christianity, and Freedom of Religion is a basic human right. All of these are true, and all of these need to start being recognized and addressed. Separation of church and state needs to be more rigid. I can honestly say that being told that I shouldn’t tell people my religion or that my religion isn’t something to be proud of is one of the most narrowminded things I’ve ever heard. In an America where everything is evolving and changing and a place where you’re allowed to be different and feel okay about it, people need to start understanding that not everyone believes the same way they do and that a difference in opinion is okay. Differences make the world go round, right? So let me be different. And don’t make me follow your religion’s rules when I have the right that says I shouldn’t have to.
Hate comments will be deleted because I literally have no more f.cks to give.
31
Share

So, I love you for this. (:
(I'm half Muslim and half Hindu, and all these arguments that trace back to the Bible me off beyond imaginable at times.)
reply 1

I agree that seperation of church and state is important, but with abortion, you are affecting another human life, a life that has the right to life.
reply -2

art of hatred* 9 years ago

I love this. If anyone ever gives me grief about religion again I'll be like "b.tch please, Christina said..."
So basically this is fantastic and you should become president and write speeches and books because you're a great writer.
reply 1

Just hear me out here please. if you don't like it delete it. I don't mind.
I totally get what you're saying, the Bible is a factor in laws. but the people and members of Congress who vote on that law there are those who don't believe in the Bible. they vote on it too. and if it gets passed even with them, then it probably should be a law. I'm sorry if you hate me for saying this.
reply 0

I think I get what you're saying, but I feel as though you're putting a little too much faith into congress and it's members. People, young and old, make mistakes. We all have had a bad run of officials in government, and I don't think congress is any exception to this. They may pass laws that don't turn out well, and end up getting vetoed later. Not everything congress does is perfect. And I don't think she'll hate you for saying that. Hates a pretty strong word. No worries(:
reply 0

Great writing and well organized ideas(: You'll probably get some hate from narrow minded classmates, but just ignore them if they try to start something with you about it. Keep goin'(:
reply 1

bless your soul, this is lovely, you are lovely for writing this, people need to read this like now
reply 1 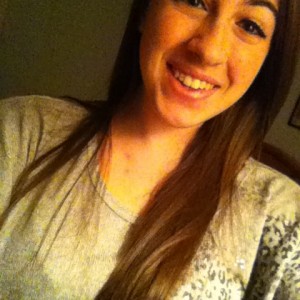