"Kate?" Liam's voice came through a crack in the door. I heard a squeak and knew he had opened it more. "I'm running out to the store real quick. I'll be back in thirty minutes okay?" I didn't answer him in any way, and he must of assumed I was asleep because when I finally got up to go find another box of Kleenexes there was a note on the counter. Katia, Went up town to grab some stuff. I'll be back soon, and Mia might get back before me unless she is staying at Niall's. -L iam I just stared at the lined piece of paper for a few minutes before walking over to the couch that sat in front of a giant flat screen tv. Something had set alarms off in my mind, telling me something wasn't right but I dismissed it. A couple of hours had passed since I arrived at Liam's, I guess I didn't realize how long I laid on the bed thinking. It didn't seem as long as it really was, maybe a half hour at most, definitely not two hours. Thoughts of turning the tv on to a station crossed my mind, but that would require reaching to grab the tv remote and then pressing the buttons, and I didn't think I would have the energy for it. So I sat there like statue staring at a black screen, but a movie of the night kept replaying through my mind and I started to pick out little things that he did that would point to h im cheating on me. Most were probably just me over thinking the situation and trying to find faults, but that didn't stop me from doing it. I was just thinking about how much better off I would of been if I would of told Louis no when he arrived on my doorstep dripping wet, when a knock at the door interrupted my thoughts. At first I couldn't figure out what happened, my brain was overwhelmed by emotions and reoccurring thoughts to react right away to my surroundings. They knocked again and slowly I trudged over to the door. A thought of Mia forgetting her key crossed my mind as I approached. I hoped it was Liam though, I didn't want to have to tell Mia what had happened. I peered through the dime sized hole in the door to see who it was before opening. It took me a second to adjust to the weird view and after blinking a couple times I was able to focus of the person who was waiting on me. My heart dropped to my stomach when I saw Louis leaning against the doorframe. His hand ran through his already ruffled hair before being shoved back into his pocket, and as he turned his head to look at something I noticed his cheeks looked flushed.  His fist was brought up to the door again and as he knocked for the third time my hand hovered over the door handle. I could feel my breath shudder as tears started to form and I felt the urge to throw the door open and run into his arms. I wanted to hide my face in his chest and breath in the smell of his shirt; I wanted him to hold me close and tell me everything would work out. I wanted him to wipe away the tears and kiss me before whispering comforting words into my ear. But as much as I wanted it I know it wasn't going to happen, and that is what broke me. "Katia, please open the door," Louis's voice came through the door my back was now pressed against. I squeezed my eyes shut tight before starting to walk away back to Mia's room and curling up on her bed.
AUTHOR'S NOTE: Hello! I put a hint for something that is going to happen in The Lie in this chapter. Anyone think they caught it?? Sorry for not posting last night, I've been really struggling with the next couple chapters /:<   soooo..... because of this you should tell me what you think should happen! Should Katia end up going to talk to Louis? Should Louis give up on talking to her and just leave? Should Mia let him in when she gets home? Should Ashlyn come talk to Katia?! What are your thoughts?
Thank you so much for reading! Love you all!
3
Share

PS. I hope to have another chapter up tomorrow night! If I don't then definitely by Saturday!
reply 0 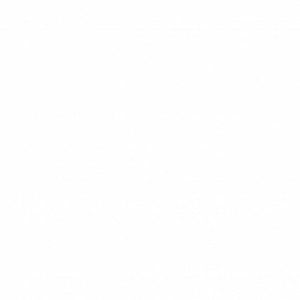