. Most teenagers considered the sound of their alarm clock to be the most frightening and annoying thing on the planet. Well, those teenagers obviously didn’t know what it was like to have Chuck Norris as an alarm clock. That’s right Chuck Norris. Every single morning we heard Mr. Norris’s piercing voice through our speakers.

“Students, Graduates and Citizens; it is 10 am. I repeat it is 10 am. Every Citizen should be up and ready by 11 am. Again every Citizen is supposed to be out of their houses and at their jobs by 11 am. All graduates need to be at their classes or jobs by noon. Remember, if you are a graduate you need to be at your location by noon. As for the students, you need to be at your classes by 1 pm. Again, all students must be present in their classes by 1 pm; and anybody who refuses to obey my command will face the consequences. I am Chuck Norris, and you better get your behind out of bed.”

Yep, that’s what we heard every single morning ever since we moved here. It wasn’t very pleasant. But, how many people get the honor of having Chuck Norris wake them up every morning? That’s right, only us Wittians. I stretched my arms and glanced at the old clock engraved into our wooden walls. It read 10:15; I had to be at my class by noon since I was a graduate. My roommates Drii and Erin Harford were Students meaning they didn’t have to be in their classes till 1 pm. The difference between Students and Graduates were that Graduates had authority and jobs; but students didn’t. Everything seemed quite confusing at first. But, it made perfect sense once we got used to it. People who were aged from 12 to 15 were called the Students; Students had to attend every single class in their Major and maintain passing grades. Everyone who was sixteen and older, like me, was automatically considered as a Graduate; Graduates attended recreational classes and worked in their jobs. Everyone else was called a Citizen; Citizens were in charge of the local court, hospital, grocery store and shopping mall. They were random adults who couldn’t cope with the real world. A lot of them were brought from the mental institutions. No one understood them there, but here they were important and loved; just like everyone else.

"Hey guys this is Kate. This anouncement is for the girls in my yoga class. Today we will be working on our legs. So every single girl must where Yoga pants or shorts. No exceptions. Thank You."

That was the Yoga instructor Kate Upton. That's right the actual Kate Upton; or as I liked to call her 'the bichh maker'. Inocent girls would go to her class and come out looking like skimpy barbie dolls. Which was one of the three reasons I dropped out of her class. The other one was because I couldn't stretch anything but my eyes and the final reason was that the back wall was transparent and that meant a nice view for the boys. I remember complainging to Kate about that wall; but Ms. Upton acted like she had no idea what I was talking about. So, being the dork I am I dropped out of her class and entered into the standardized gym course; which by the way was ran by Dwayne Johnson. That's right the real Dwayne Johnson. The guy who killed it at the WWE; he was my gym teacher. Speaking of gym, I had to quickly put on my uniform. Gym was the first class on my schedule. I giggled around trying to pull my shorts up when my neighbors alarming voice caused me to fall flat on my stomach.

"What!" I yelled back

"My plant grew a jar full of Nuttella. You should come over for breakfist." She yelled.

"Ok." I said as I managed to get up. That was Ava, my crazy loveable neighbor. I'll have to admit having a next door neighbor wasn't the easiest thing. She was loud, and crazy. But, who cares I love her. Her roomates Colleen and Amber were my best friends. It was really cool to live so close to them. I lived in Pink River Town. Which meant all of the roads were just pink lazy rivers which lead to the Lemonade factory. If we wanted to get to another home or store; we had to ride our boats. Some of the housees had inside bridges which could have been pulled out by the push of a button. It was kind of like having a garage. I walked out my back door and stared at the metal bridge which was nearly connected to my house. As soon as it was secure I walked to Ava's house.

"Ava please it's not even noon yet. Calm down." I begged

"You know that's not a possibility." She smiled.

"I'm here for the Nutella. Where is it?" I asked


This is Chapter 1. I don't have everyone included yet, but don't worry if you mentioned a name atleast. I will def get to you at one point :) Please be patient with me and thank you!

I would love a character named Lilli Sage, Lilli for short. If you don't like that you can use Kayla, which is my name. Please, please, please use one of the names in your story! The first chapter was great by the way!
reply 0

I would love a character named Lilli Sage, Lilli for short. If you don't like that you can use Kayla, which is my name. Please, please, please use one of the names in your story! The first chapter was great by the way!
reply 0

This is great. I cant wait to hear the next part of the story
reply 0

I already did this, but what the heck I'll add it again since I feel like mine my have gotten lost, and such (I added more too):
If you put me in there, which I doubt, I'd like to be put as Raven (but my name is Tori in real life). Im 17, I have brown hair, I love country music, food is my BFF, I have a really cute cat, hummus body type is average I suppose, when I want something I go after it (hence the reason I'm being annoying with posing probably) I'm in theatre, choir, I play volleyball, and am a huge nerd. I go to comic con, anime central (ACEN), know a crap ton on *Some* DC superheroes..... Uhmmmm my fave colour is purple, I want to be A teacher, I feel like this is speed dating, I'm obsessed with power rangers, and I have OCD. Oh! I love to read and it's hard to find my nose out of a book hahahaha.
Oh I'm also fluent in American Sign Language. Idk, I'm trying to give as much information as possible lol.

I am SO EXCITEDDDDD THIS IS GONNA BE GREAT
reply 0

Omg that's so cool!
Hahahahah it's going to be so hard to include everyone in the story but the pace seems alright so far!
reply 1

hahaah YES! This was a great start! Notify me if you can. :)
reply 0

Ohh Gurl thanks for mentioning love you. And Drii is taking all my food. FATTY!:D And last night when you wanted me to stay until my parents got home even though my house is across the street, mean't a lot. I would've been at your house until 1am thats seriously when they came home. And I told my mom about the situation.
reply 0

I love this. I'm hugging you over the internet.
reply 0

Notify me when you do the next chapter, cant wait!! :D x
reply 0

I cant wait to see my name :P Notify me when the next chapter comes up!
reply 0

This was really good! You did a great job! Can you notify me when you post the other chapters!?
reply 0 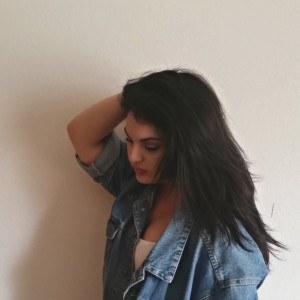