~The Broken Parachute~ A short story. Part II At this point,

At this point, they are not together. It's been this way since one afternoon after he drove me home from school. Her friend saw me get into his car and she immediately reported this sighting to her. As we were in the car, half way to my house, his phone rang. It was her. He ignored the call. This happened three more times before we reached my house. He just continued to ignore the call. Later when I was alone, he texted me, "Hannah and I are done once and for all." I smiled at my phone yet I couldn't help but have the slight fear that this was too good to be true. She would somehow find a way to get him back even if he didn't want to go back. He wanted to be done with the drama. He wanted to be done with all the difficultly she had caused him in the past. He wanted to be done with her.
It was too good to be true. Time went by and we were still not together. Neither were they, but something was wrong. I noticed her casually trying to hold his hand. She tried grabbing him from behind. He did nothing to stop it. She wanted me to see her slight gestures and it was painful. Dealing with depression made it worse. All I wanted to do was scream at the top of my lungs and run out of town. My pain gave her joy.
I tried so hard to look past the moments I saw them together. I didn't want to mention it to him. If I did we would get into a fight. Last time we fought he came so close to leaving me. I didn't want to lose him. His life was complicated enough and I will admit that I don't make it any easier. Neither does she but I didn't question them together.
I finally got up the courage to ask him to hang out. I invited him over for a movie night. I asked a week in advance prior to the night I wanted to spend with him. In the moment he didn't have an answer. Day by day he did not have a final answer for me until the day before our date. Unfortunately, he said he could not hang out because he was busy. I did not question it. I knew he and his parents we going through a difficult time and figured he wouldn't stand me up unless it was something important.
Saturday came which was the day after our abandoned date. I was on twitter when I came across her account. I just casually happened to click upon it and I was shocked to see what I saw. The night we had plans, he was not busy. He was with her. My heart sunk and my eyes filled with tears. Salt water poured from my eyes and my makeup smeared down my face. He lied to be with her. I was done. I was done with the lies and I was done chasing after something that would never be mine. I couldn't deal with the pain for one more second.
I was home alone. There was no one there to hold me back. I grabbed a stool and dragged it into my closet. No more suffering. I turned off the lights and shut the door.


Thoughts? Comments? Questions?
Thank you to anyone who took the time to read my short story. I'm consisdering writing a full length story. Would anyone enjoy that? If you have not read Part I, the link can be found below.

Yes, I know. I originally wrote it as an English assignment. It's actually based off of my experiences this past year but obviously not all of it is true because I'm still here:) one user asked me to write the full story so I'm planning on writing the exact thing leading up to where I stand today. Sound like a good idea?
reply 0

Stool in a closet? Is it really what I'm thinking.?? Noooooo! Make her stronger.! (Kelly Clarkson)
reply 0

Yes it is what you're thinking unfortunately. That was actually the end to the story.
reply 0

Sorry:( this story was actually based off of my experiences this past year but obviously not all of it is true because I'm still here:) one user asked me to write the full story so I'm planning on writing the exact thing leading up to where I stand today. Sound like a good idea?
reply 1

Okay!! It may take me a little time, but I'll try my best to put it up soon!
reply 1 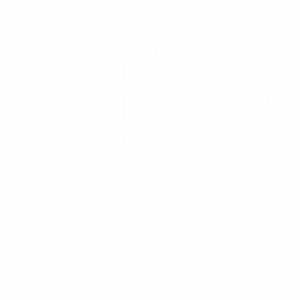