Stolen Heart
Chapter 5
''Rein!'' The voice of her friend came into her mind and she stepped out of her thoughts, bringing her attention back to Kelsie. She'd been daydreaming all day about her meeting by chance with Craig Maser, a guy she never thought she would even have a glance from. She couldn't brush off the image of his beautiful blue eyes; they were just stuck into her mind. Even after that, he walked her to her class to make up for the incident. The feeling of his arm brushing slightly against hers was still there, making it seem a little to over creepy though. She didn't care anyways, creepy or not it happened; might as well take it for granted.

''What?'' She asked blindly, looking into the air with a ridiculous smile.

''What is up with you? After you gave your essay to your teacher, you kept sending yourself in your own little delusional world.'' Kelsie answered in annoyance, making Rein frown at her.

''Stop exagerating, it wasn't that bad.''

''Actually, she's not exagerating. To be honest; it's annoying,'' Matthew commented, making Rein chuckle and kick a rock on her path. School had just ended and they were now walking back to their houses. The seperation point came and they stopped, turning attention towards each other, ''So what's up?''

Rein thought about it for a second. Telling her best friend mind end up as a bad idea. However, not telling them would also break the rule of ''Secrets are for all of us''. That was a commitement that couldn't be broken, but even as she thought about it, she couldn't bring herself them. After a while she sighed, ''Nothing.''

''Look guys,'' Rein interrupted Kelsie's annoyed voice quickly, ''I have to go home. I'll see you tomorrow.'' She quickly ran out of her group, walking towards her house. The sighs of Kelsie and Matthew could be heard adding with the groaning coming from Kelsie's mouth.

''I'll get you tomorrow!'' Kelsie shouted at the top of her lungs which made Rein laugh and only try to walk faster. As silence emmerged around her , a black car driving past her caught her attention, but she let it go. Many cars drive on the street anyway, it's common to the every day life. She chuckled on her own at her thoughts and it always kept bringing her back to Craig. Craig Maser was someone. Someone she felt the need to study in depth. Without the help of her friends. Sorry.

7 faves for the next chapter.
Let me know for mistakes.

:O. i could read this forever
reply 1 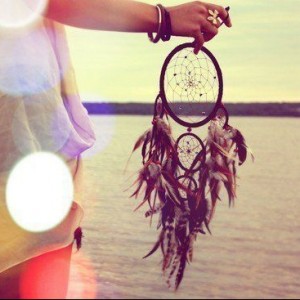