Let's say that you could personify all of my different thoughts.

Let's say that you could personify all of my different thoughts. Right now, you have every little bit of myself, fighting against each other.

Welcome to The Hunger Games.

Everyone is fighting. And in reality, no one wins.

In the end, it came down to two girls.

One of them had no voice but a lot of hope.

"Hope is the only thing stronger than fear," she was told.

The other girl, she had a lot of hope too. But it was a different kind of hope.

Both had the wisdom that all would be okay.

One believed that all would be okay, and she'd eventually, someday, possibly end up with what she had thought she wanted.

So she waited... but in silence, as she had no other choice.

The other girl, however - she had hope that the future would bring better things.

She believed in "something better."

That was her hope.

And she was banking on it.

She also decided that she would live in the moment as much as possible, knowing that life was constantly trying to shove itself down her throat.

In fact, both girls often shoved the ideals of the future down their own throats so much, to the point where they'd nearly choke on it.

The second girl eventually decided that the future wasn't worth more pain than necessary, so she stopped forcing it.

But it was hard to make this claim when the future was so far down her throat, it choked her out of a voice...

...and killed her, leaving the other girl the sole victor.

So, yes, that second girl - the sole survivor -

she was never hurt, because she stopped letting these ideals bother her.

But the only way to do so was to believe in - hope for - something better.

In the end, that wasn't hard to do, as these ideals clearly weren't good enough for her -

she was worth more.

Seeing as these ideals never served her, she dropped them.

As for the first girl... she had allowed them to seal her fate.

She had lost control.

The other - by giving up - had only gained.

Because the truth is, she never really gave up. 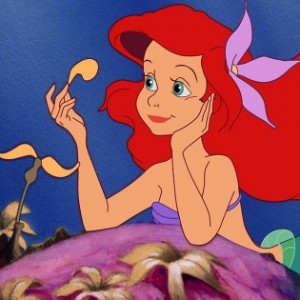