That was it. I wanted to talk, but he wouldn't talk to me.

That was it. I wanted to talk, but he wouldn't talk to me. I just wanted to ask him; 'Do you still want to be with me?' And the past few times I'd seen him we'd been busy but on this day he had no excuse. That morning he wouldn't talk to me though I stood three feet away. After all, I was supposed to be his girlfriend, right? Why wouldn't he just say hi?

We don't sit together at lunch; in fact, he only sits a table away. I am pissxd because he didn't even look at me; I even see red. I throw a french fry in his general direction with no intentions of hitting him. But of course, it hits the side of his face. "Nice aim!" one of our mutual friends, Holloway, says, laughing. We'd been discussing him and that's why I threw the fry, because he wouldn't even acknowledge my prescence. I shouldn't have, but I do immature and irrational things when I get upset. Sometimes I wonder that if I hadn't thrown the fry, would everything had ended up differently? Was the fry just the tip of the iceberg? Where did the iceberg come from anyway?

I stare at the back of Marshal's head as everyone around is still speaking of how good my aim was. How I'd just hit him in the face with a fry. Anger and tears well up in my eyes and finally I stand up and storm over to the table where he sits. I slide onto the bench next to him, almost as close as I usually sit but not quite. My tiny body was next to his large one and I look at him and suddenly I am so small. I feel like a kindergartener and a panic washes over me because I don't know how he's going to respond. I feel like I'm going to puke.

"Why are you ignoring me?"

He's in mid-chew, so he holds up a finger signalling me to wait. To wait for a few more agonizing seconds when I'm already completely ready to burst and cry. But I wait. And his chewing feels like it's forever and I study his face as quickly as I can even though my vision is blurring from tears that I won't let him see me cry.

"Okay. I think we need to talk... but here isn't the place." He says. I sit and I register what he says and it takes me longer than I'd like, but to him it's probably only a few seconds (because he isn't agonizing over what I'm thinking, I know now that he doesn't care).

"Yeah... where... and when?" I say softly, wanting to go and finish my food. Or at least just get away from him if he's not going to talk to me.

He's silent for a few moments, thinking. "I'll... try to find you after school."

"Okay." I know he won't... or at least, I should know. Because it's not like this will be the first time he's told me he'll find me and doesn't. I stand up and walk back to the table my friends and I were sitting at.

We don't talk for the rest of the day and I worry and pine over what he has to tell me. Over what we have to talk about. Even though deep in my gut, I know. I just know.

When I see him the next morning, I have convinced myself that he is going to talk to me now or he's not going to talk at all. It takes me a while to build up the courage but finally I approach him in the band room, shaking. I'm not good a social things, and once more I feel as if I'm going to puke. "Is now a good time to talk?" I ask him. He's standing by the wall where the tubas hang, his temple dangerously close to a tuba. I'm leaning across a piano that one of the girl's uses during marching band season. I look up at him, once more feeling small. Used to, standing next to him, I'd feel bigger, safer. He was my anchor.

Now I just felt like I was going to puke all over his shoes. He looks at me, and his face is void of emotion but his eyes look a little sad. Or maybe now I'm just hoping it's sadness instead of nothing. "If you want."

"Yeah," I say, just wanting to get it over with. I'm tired of wondering, and worrying, and hurting.

He's quiet for what feels like a thousand eternities. I look at him as he stares at the ground, at the wall, at his shoes, at the piano, at everything but my face. It hurts because I can feel it coming but I'm praying silently that it is anything but that. Please. I love him too much for this to be happening. Please don't let it be --

"Well, Angel... you're really nice and all... but we need to break up," he whispers; he gives a small nod at the end of the statement as if confirming it to himself as well as me. I guess I finally get the answer to my question. I instantly feel the tears flood but I will not let him see me cry. I will not. I won't.

I swallow. "O-okay..." I say softly. "Thanks..." I lean over and hug him. For everything. He awkwardly wraps his arms around me for a second, wondering why the hxll I'm hugging him. I let go and turn on my heels, staring at my shoes, just making sure I put one foot in front of the other so I don't trip like I always do, trying not to run into anything with blurring vision. I make a beeline for the girls' bathroom and I lock myself in a stall, bawling. I can hear two of my fellow section members talking but I don't leave because I'm sobbing. I don't say anything. I just let myself cry until I can hold it back to leave the bathroom and go find my best friend.

When I find her, all I do is hug her and cry because words won't come.

And those were the last words I'd heard Marshal say. It's almost been a week and we see each other a lot in the halls and in band. And I miss him like heck. And I just want a reason why but I don't have the guts to ask.

based off of true happenings

Beautiful. Has a very professional feel to it.
reply 0 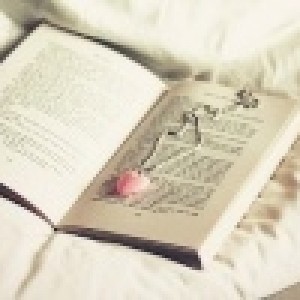