Lisa always hated family gatherings. Perhaps it was the way that every human in the room pretended to know you and your undying past. Or it had to do with the fact that Lisa was one of those subtle teenagers that left her gum on her keyboard and held her place in a book with anything she could find next to her. The simplicity of her life always seemed to be disrupted as she sat around loud aunts and uncles that pinched children’s cheeks and asked Lisa what she wanted to do with her life. Being a sixteen year old with barely much thought into the future it was hard for her to answer them. Something with books is what she’s always thought, but who knows.
“An editor.” Lisa would always answer and they’d make that annoying “oh” face, like her plan wasn’t really interesting to them but they pretended it was. Most of the time, especially around Christmas, Lisa felt like a speck of the dust on her great grandmother’s photo that just stood in the corner. Sometimes she’d sit next to the photo and smile at it as if her gram was still there, telling Lisa stories of how her and her great grandfather met.
“He was tall, and so handsome.” She’d say with a school girl grin on her face. “He returned after the war, and I couldn’t let him go to waste, so I snatched him up.” She made a grabbing motion with her hands as she said "snatched" that made Lisa giggle. Her gram seemed so at ease and peaceful as she rocked back in forth, a silver threaded afghan across her frail legs. Lisa and her grandmother were both very much alike. They both hated family outings and receiving gifts. During Christmas gram would always tell her to help her up the stairs before gift time came around. “I don’t need to hear the screaming kids. Plus we can go play solitaire on my card table up there.”
Those memories was something Lisa kept close to her heart. After gram died the rest of her family seemed to be like a herd of obnoxious penguins that Lisa could never really step around. Thank god Jack was usually with her to save her from the madness. But the tall blue eyed boy was nowhere to be found. She pulled out her phone with a sigh and texted:

Hey, I know you’re too cool for family gatherings now, according to Zack, but this sort of sucks without you here. 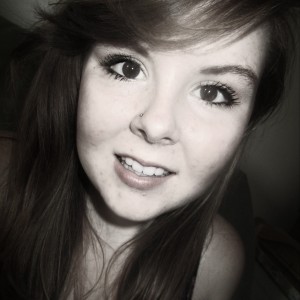