When my mom got pregnant with me at the age of 19, she wanted

When my mom got pregnant with me at the age of 19, she wanted to
work it out with my father. When I was born, he looked at the doctors and
told them to shove me back up because I wasn't a boy like he wanted.
He kept cheating on my mom, so she began to raise me on her own. At
the age of 5 months old, he stopped coming around and went on with
being 19 instead of taking responsibilities and taking care of what he
created too. Thankfully, my mom was able to have help from my
fathers mother and his sister while he went and played around with
every hoe that could walk.
My mom then got pregnant with my sister at the age of 21 and he
practically did the same thing he did with me, he didn't want the
responsibility of being a father at a young age. My mom was young,
so she had my grandmother take us for a while until she couldn't
afford to keep us anymore, so she called my father and told him that
she can't afford to have us anymore and his exact words were,
"Well if I take them then they are going into a foster home." Well
my mom took us back, because she wasn't allowing that.
Ever since then, we've lived with my mother and she took care
of us for the 18 years of our life till we moved out. Not once did
our father ever think about seeing us or anything. Every weekend
we used to go to my aunts house and at the time he was living there too;
he would come home just in time for us to go to bed and the moment
we woke up in the morning, he'd get up and leave. He wouldn't ever
spend time with us or tell us that he loves us, nothing.
So we grew up without having that "father figure" in our life, we grew
up thinking we did something for our father not wanting to be apart
of our life, as if we were a mistake. We grew up not having that
"father/daughter" bond that 50% of your friends have. It was hard
for me to accept men in my life because of him, because of how I was treated
by him; as if I was a mistake. I'll never understand how a parent
can treat a child like he did to me and here I am 22 years old and still
wondering what I did....
Every time I see him at family outings, it's as if he's a stranger. It's
awkward for me because he still doesn't say hi, how you been, nothing. It's
still the same as its been for me when I was born. It'll never change and
here I am - still wishing I had that father/daughter bond. I never thought I'd have to
face this in my life, stress about who I'm going to have walk me down
the isle on my wedding day, for my children to not know who their
grandpa is, nothing.
I just wasn't prepared to deal with this. :(
4
Share

If you need to talk, I'm here
reply 0

If u wanna talk my snapchats : asian-king1
reply 0 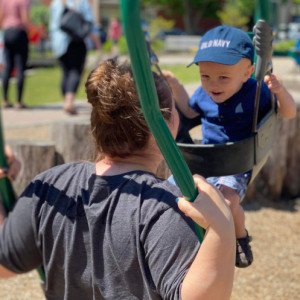