Thank god it’s Friday? What the blank? The seven “days”

What the blank? The seven “days” of the supposed “week” are pure contrivance. I refuse to thank anyone for this repeating time box that I’m expected to trap my own mind within.

Every freaking day in the universe is a different freaking day! Every day is unique and will never happen again. Every day deserves its own name.

My true being is capable of more than just covering the same artificial mental ground over and over throughout my life like a wretched zoo animal pacing back and forth smearing its snot on the impenetrable plexiglass.

Sunday, Monday, Tuesday, Wednesday, Thursday, Friday, and Saturday are mental frauds. They do not exist.

Which creep or creeps back in history invented the idea that we should all do stuff we don’t enjoy for five days to make someone else rich and do stuff we do enjoy for two days to keep us ourselves just satisfied enough not to commit suicide so we can go back to work again? What kind of evil mental oppression is that?

It makes me angry to live in such an arbitrarily regulated world and watch everyone around me accept the framework of the pattern of seven repeating "days" without question as if it were true. 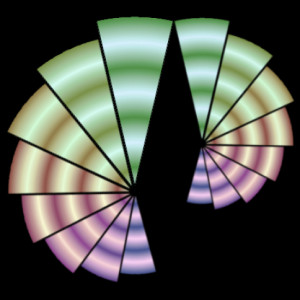