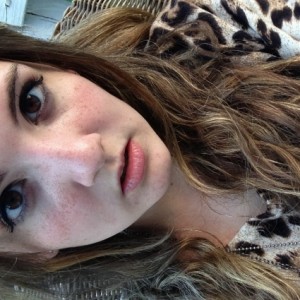 
follow block report
About Me.
Rachel. 17. July 23rd. Junior. Pennsylvania. What else do ya wanna know?

I used to come on a lot but ya know my friends all left so now it sucks. I used to go on the REAL chat not this one we have now as MOOBIES. If you remember me or we were friends leave me a comment or something and we can catch up? Okay bye.

jimmy365
funny
I just realized why my grandpa
called his sideburns "thigh ticklers",


you don't realize how sh.tty a friend you are
until it's your friend's birthday

+& you have no idea what to get them

CharliesTheName
funny
Hi guys, I am Victoria and I am going to tell you my story. I know you will hate me.
I was adopted and in school I got made fun of for it. In Kindergarden I had no friends. People thought I was a freak. In grade one two and three I made friends. They let me eat with them and play with them during break.  But they would always laugh at me and make fun of me- it became a game . Who can make her cry hardest. But they were the only people I had.
In grade four I made a new group of friends. They didn't laugh at me. They excluded me , hit me and blamed me for everything . I hated myself. Things settled down with them in grade five and they only made fun of me for my weight. I started to pinch my wrist . I started self harm in grade five .
In grade six I was invited to a sleepover , the girls ran away and told their mum to tell them they weren't home. The next week I was invited to a sleep over again. It was a birthday party. I went and was having fun. We then decided to play truth or dare. The girls started daring eachother to kiss and touch eachother in sexual places. I got uncomfortable and went to sleep. The next week at school they told another girl who was there at the party but fell asleep before truth or dare that I touched her and kissed her. I didn't .
They went to the
principal and the principal called my mum. They figured out it was false but didn't say anything to the girls who made the lie. Later on that year I got made fun of even more. People
called me worthless and ugly . They told me I was a unwanted outcast because I was adopted. In grade seven I moved schools. Things were looking up untill a group of guys started calling me names. I just wanted to be accepted . So I went on chat rooms. I would do anything to be called beautiful. I sexted random guys I didn't know just to feel like I meant something . My parents went through my history on my computer and found out. They sent me to a therapist and my self harm stopped. I was diagnosed with social anxiety and depression. The bullying died down. Then later on it started again. They texted me cruel things and I broke down. I was told to kill myself a lot. So I went back onto the chat rooms. Guys took advantage of me on the chat rooms and in real life. It's my fault though . My parents saw what I was doing and don't trust me anymore. In grade eight I developed bulimia and anorexia. I wouldn't eat anything then make myself vomit. My self harm got very bad. I would burn hips and cut them up. I had a good group of friends but they never noticed. I met a guy and told him everything. He told me I was a freak. That I was ugly . All my life I have been the ugly freak. During my life I have attempted suicide eleven times. I may seem pretty and cool, but I'm not witty. I am a lie. I am a waste. Now here I am , two days before grade nine, with burns on my hips, scars on my wrists and a false smile on my face. My hair may look perfect, my clothing may be nice, but if you look into my eyes you will see it. You will see the pain I struggle with. I still suffer from mental illness. I still have an eating disorder and I still self harm, but this is me. I know I'm a loser, I know I'm ugly, but I think it's time you knew the real
Victoria.
227 616


never and i mean absolutely never


the downside of being a virgin is that
you can literally be used as a blood sacrifice at any given moment.

i'm not sure how many of you remember how this website was before mid-2012, but there were so many more people on here. the top quotes of the day could have up to 6,000 faves, and they were great quotes. now they barely get 150.

i love Witty, i really do. and i think part of the problem is that most/all of the things people post are from tumblr.

tumblr is great. i have a tumblr (as do the majority of people on Witty) and i love it just as much as witty, but they. are. different. websites. people are feeling like all they see on Witty is text posts they've already seen on tumblr.

i can't make any of you do anything, so feel free to ignore this advice and continue doing what you do, but Witty is swiftly going down the drain.

if you see a quote that you know is from tumblr, maybe favourite a different - original - quote instead.

try posting quotes that are not from tumblr. funny stuff that happened to you, something a friend said, a quote from a book or a movie or a celebrity or a song. make a goal of posting one non-tumblr quote a day.

and also fOR CRYING OUT LOUD DON'T BULLY PEOPLE BECAUSE THAT'S THE OTHER REASON PEOPLE ARE LEAVING THIS WEBSITE. I KNOW IT'S NOT ALL OF YOU BUT IF YOU ARE USING WITTY TO BULLY PEOPLE THEN YOU ARE AN INCONSIDERATE OBSOLETE FRUITLOOP BECAUSE THIS IS MEANT TO BE A PLACE THAT MAKES PEOPLE FEEL   S A F E