Summer Love 1D About So basically , it is about , all of us being

About
So basically , it is about , all of us being 1D's summer loves :) And we spend the whole summer with them , and then when the end of summer comes , we sadly have to say goodbye for a while .... ( Is that any good? )
Girlfriends
Melanie(Nialls Gf): Melanie has known Niall , for just about her whole life, the grew up together(nieghbors) and she has always been there for Niall and the boys.But Niall is know starting to have feelings for her and decided to date her.
Kenzie(Harry's Gf): Kenzie met Harry at a meet and greet in New York. When Harry first saw her, he had just fell in love. So they exchanged numbers and got to know eachother. Harry invited Kenzie to stay with him all Summer long.
Alicia(Louis Gf):Louis and Alicia were nieghbors when they were younger , and also best friends. Ever since Louis has been gone , he started to really miss her , so decided to spend all summer with her , and even make her , his.
Ellie(Liams Gf):Liam and Ellie , met at a concert ( not a 1D concert ) and they ended up falling in love and making it very serious. Liam always is with Ellie , no matter what!
Ashley(Zayns Gf):Ashley and Zayn went to school together , and have been dating ever since 7th grade. They have always been together , even while he is away, but thsi summer , he is taking her everywhere , concerts, meet and greets ...ect. , just to be with her.
Best Friends
Lulu(Louis Bff):Lulu and Louis have been friends for 2 years now , they met on the X-Factor( Lulu made it to top 8 ) They know eachother inside and out. They always talk to eachother when he is away.
Colby(Liams Bff):Liam and Colby went to a singing camp and met 4 years ago, and have been best friends ever since. Colby and Liam always have a special friend lunch every time he is home to see her.
Sammi(Zayns Bff): Zayn and Sammi met on Twitter, and they starting messaging and texting and twitcaming. They finally met about Christmas time last year and now they are SO close ( friendship only )
Kristina(Harry's Bff): Way back when Harry was a baker , Kristina was one of his regular costomers. And they were school mates , and best friends.They text all the time, and twitcam.
Abby(Nialls Bff): Niall and Abby go way back , Niall , Melanie and Abby were all best friends.Niall and Abby text all the time.
Other
Bob(stalker):Ok , so this part wasn't planned but I thought it would be great! Anyways , Bob , is One Direction's stalker , or in his terms  ' Biggest Fan ' Bob , is a little messed up. He is a 46 year old man who is in love with this band! He is a carrot ( over obssesed fan ) And he follows the boys everywhere!
Alex(Photographer): Alex is their photographer , she is constantly , around the boys taking photos and she is making a year book ( more like summer book ) so at the end of the Summer , everyone gets one to have forever.
~~~~~~~~~~~~~~~~~~~~~~~~~~~~~~~~~~~~~~~
Can you PLEASE comment if you like it/yourpart/the ideah ....? Please!
The 1st Chapter should be up by next weekend :)
COMMENT

Oh yeah I saw a comment with a description on it... do you need a description? If you already started then never mind. Sorry again that I didnt see this quote until now... I'm smart like that :b but I promise that I'm going to read your fanfic :)
reply 0

Ahhh! sorry I havent been on witty for a while :b but yeah I love my part :) thanks
reply 0

I LOVE IT, thanks for the part(:
reply 0

Yopur welcome! :) And thank you
reply 0

when is the first chapter coming?
reply 0

Maybe this weekend im not sure...I have to try REALLY hard to mkae this Fanfic im so busy between School , social life, basketball an friends ... but hopefully this weekend :)
reply 0

Haha I'll make sure BOb has a part in the 1st chapter :)
reply 0

Yessss! Can I give you a pic of the outfit he should wear?
reply 0

Yeah sure , but I don't think i'm going to show picturs of the characters...
reply 0

im crying because of bob..lol what a creeper!!!! haha
reply 0

haha :) This part wasnt planeed some girl commented it and I was like , YEAH , lol thatwill spic it up a bit :D
reply 0

lol..well it was a GREAT choice to add..i'm really looking forward to the first chapter
reply 0

ahh thanks so much for putting me in it! do u want/need a description? im so excited:)
reply 0

I have dirty blonde hair or really light brown hair and green eyes. I am 5'8 and skinny(though i hate it) i LOVE music more than anything. I also love to sing and act. And obvii, i love one direction way more than I should<3
reply 0

Haha:) Thanks and I love them way more than I should too :)
reply 0

Crying because my name is Melanie and Niall is my favorite.
reply 0

Really?! My name is Melanie :) lol nad Niall is my favorite :D
reply 0

Can i be nialls gf
reply 0

the part is already taken....
reply 0 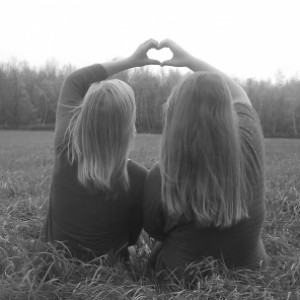